This project emerged with a challenging scope of work: up to 60,000 square feet of attic space requiring containment and blasting. 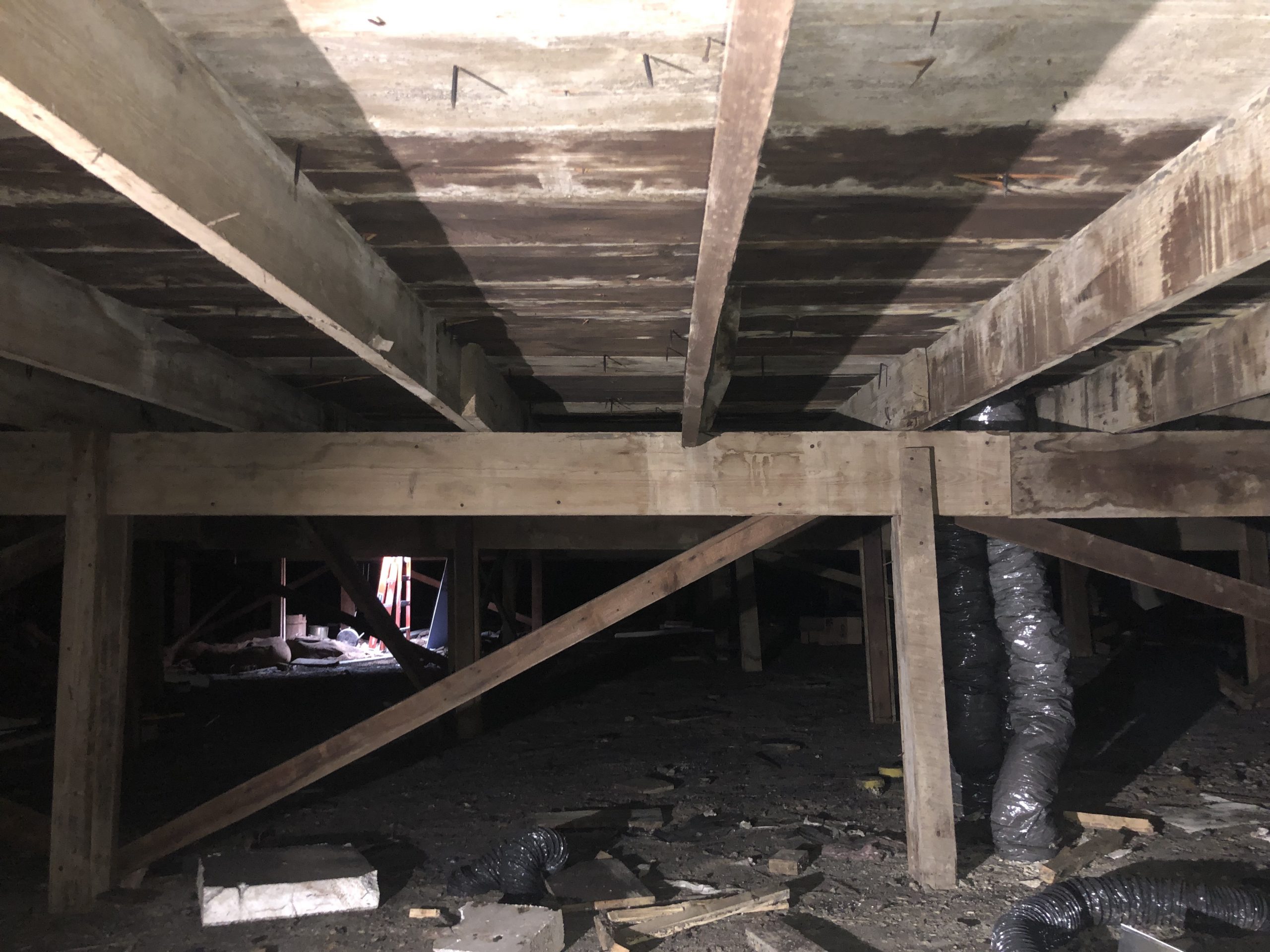 Using four sets of ladders and scaffolds, we covered the entire structure, including ceiling/joists, walls, structural framing, and concrete flooring to remove soot, char, and odor. We used baking soda as the blasting media for this project since baking soda also serves as a deodorant that removes the smell of fire and smoke.

The biggest challenge for this project was the fact that the building was an apartment complex. While the area that caught on fire was the attic, and fortunately no tenants were involved, because of the creases and cracks existing on the concrete flooring, we decided to locate small entries that connected the attic and top-floor rooms to prevent dust, dirt, and debris from going into those rooms.

Another challenge was that some tenants don’t have regular daytime work hours. Therefore, we hold ourselves accountable to minimize disturbance during this project. After coordinating with our client, we decided to work in the areas only before 11 am, so the tenants can have the majority of their days undisturbed.

Blasting a fire that happened in an extremely confined space such as the attic space was challenging. In the case of this project, we were looking at over 60,000 square feet of blasting surface within a 5ft high clearance under the roof.

One approach to this project would be completely removing the roof to carry out the blasting project, then restoring the roof upon completion. Considering the project came to us in the middle of the rainy season, complete removal of the roof would be unrealistic. Therefore, we removed 25% of the overall roof area and used that as the entrance/exit to remove debris and complete the entire blasting project. This was a large, complicated project and the biggest challenge was how to complete the entire project within the time limit so the tenants could return to their homes and enjoy the July 4th weekend. In order to hasten a traditionally 60-day long project into 12~20 days, we tripled assigned crews and made use of all the resources we had.

In short, the success of this project came from our team’s united effort and collaborations with our client.